The 2nd XI play in Division 2 of the Northants League. All Northants league matches are played at the Dalrod Sports Ground and in 2018 Peterborough Town CC was awarded as the 'Best NCL ground Premier to Division 3' by the Northamptonshire Cricket League, this is mainly thanks to the fantastic work of our groundsman and former PTCC player Gary Rice.

The Saturday 3rd XI play in Hunts Division 2, where we were champions in 2012, playing their home matches at the Thomas Deacon Academy (Directions).

The Sunday 1st XI play in Division 1 of the Rutland League, winning the league in 2010, 2011, 2012, 2014, 2019 and again in 2020. Sunday's are more geared towards development of younger players, to gain valuable experience in a competitive league environment. We have also won the Rutland League's John Wilcox Cup in 2009, 2011 and 2013. The Sunday 2nd XI play in Division 4 'East' and is predominantly a youth team with a few experienced players, which gives junior players an excellent platform in the senior game.

We are very proud of the standard of cricket we play, but also the services we offer to cricketers of all abilities and backgrounds including our junior cricketers and the services we offer to the wider community. We are an ECB All Stars and Dynamo cricket centre. Many of our juniors have gone on to play senior 1st and 2nd team cricket, representative cricket for Huntingdonshire, Minor Counties for Cambridgeshire and on to first-class cricket. We run junior teams from Under 9s up to Under 19s at PTCC.

We have had huge success in running the ECB All Stars Programme for the past 3 years, this 8 week programme is back for 2021 for boys and girls aged 5 to 8 years old. The programme is designed to introduce children to the sport, allowing them to have fun, learn new skills and make friends!

We will also run the new ECB Dynamos Programme for 2021 exclusively for girls, an exciting new programme providing an introduction to cricket for girls 8 to 11 year olds, and provides a next step to those who have taken part in All Stars.

We welcome all new members. We run junior teams and practice for boys and girls from Under 9 to Under 19.

In 2005 we were one of the 1st clubs in the country to receive Clubmark accreditation from the ECB. The Club was re-accredited in 2019. 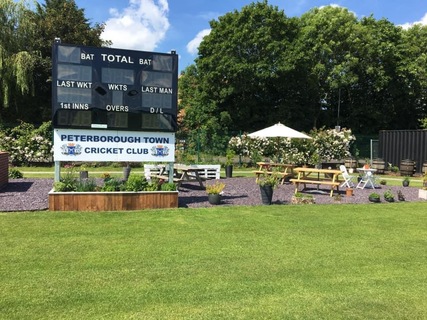 Peterborough Town CC is part of Peterborough Town Sports Club, a club with the objective of playing and providing the best standard of sport possible, illustrated by the strength of the cricket club and its facilities and the hockey club.

Excellent facilities all round in which to play cricket from under 9 level right up to the Premier League.

If you are interested in joining Peterborough Town CC junior or senior teams, add your details by clicking the button below or contact Brian Howard 07793 535683 or Jamie Smith 07817 097191 for more information.

Details of Data Controller are